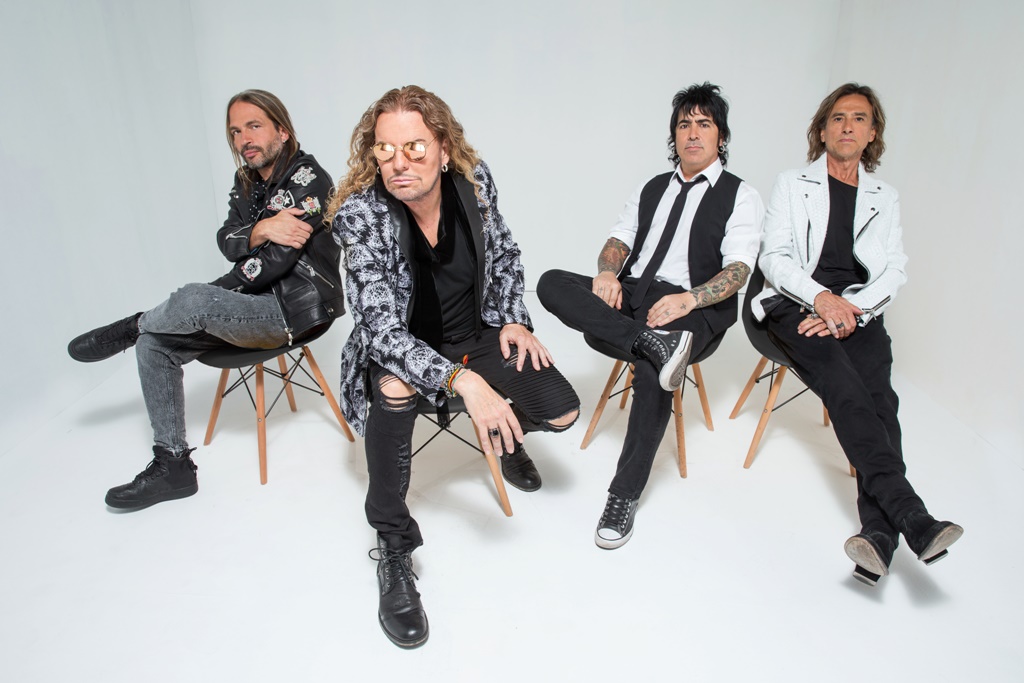 MANÁ Adds A SIXTH Show At THE FORUM In Los Angeles, As Record Demand Continues To Make MANÁ’s Upcoming “RAYANDO EL SOL TOUR” The Strongest On Sale Of Their Career.

The November 24th Show Will Go On-Sale This Friday, March 15th at 10:00am PT via: LiveNation.com

Since The Famed Venue’s 2014 Renovation & Reopening, MANÁ Will Notch A Record-Setting 10th Overall Show At THE FORUM (The Most For ANY Artist), And Equal Just The Eagles & Kanye West For Six Shows On One Tour.

Latin Rock superstars Maná are set to become the reigning kings of THE FORUM, with another date for their highly anticipated “Rayando El Sol Tour” just added to meet continued fan demand. The November 24th date (going on-sale this Friday, March 15th) will make for a sixth date at THE FORUM on the band’s upcoming tour, a feat only previously accomplished by the EAGLES and Kanye West ) since the famed venue’s 2014 renovation & reopening. And when added to performances in the building during the band’s previous Latino Power Tour, Maná will soon have 10 dates at THE FORUM to their credit, the most for ANY artist (regardless of language) in that same time period. The accomplishment adds another chapter to Maná’s record-setting Los Angeles concert legacy, as they previously set single tour and career records at STAPLES Center, and have now sold over 40 Amphitheatre, Arena or Stadium dates in the city.

Having formed in Guadalajara, Mexico in 1986, the quartet of Fher Olvera, Alex González, Sergio Vallín and Juan Calleroshave gone on to be global envoys for the Latin Rock genre, while selling over 40 million albums. Here in the United States, Maná holds an impressive nine #1 albums and ten #1 singles -more than any other band in the history of Billboard’s “Hot Latin Songs” chart. Maná is also unquestionably the top-drawing all-Spanish language concert band in the U.S. with The New York Times declaring the group has: “Redefined ‘Crossover’ in Latin Pop... with its mix of love songs and more pointed political material about immigration and the environment, ...Maná has a mass appeal nearly unrivaled in the Latin pop world.” 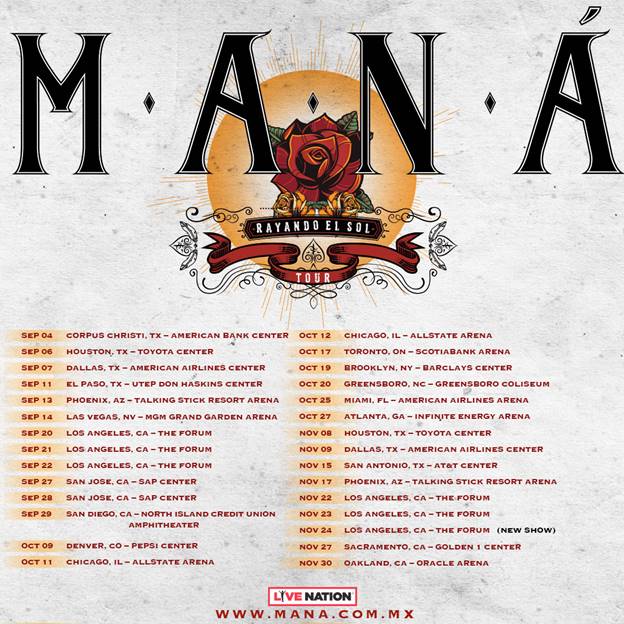